When I was handed the manuscript for Positively Disappointing, I thought the title was brave. Having personally experienced the negative language and assumed pessimism of Poland’s neighbour, The Czech Republic, some 20 years ago, I was keen to read of Tim’s experience and his analysis of the country’s culture as it exists in modern regional Poland. 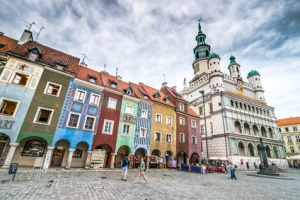 The Culture of Poland

This short and pithy book has 9 fictionalised stories that are based on the author’s real life experiences over the last decade.

By not attempting an opus major or tackling the whole of Polish culture, Tim has given us an accessible doorway via a foreigner’s Polish experience. With chapters about the ordering of coffee, being a disappointed vegetarian or, the enthusiastic cyclist, taking his life literally in his hands, Tim filters his perceptions through Hofstede’s dimensions and allows us to draw our own conclusions.

The main thrust of the book is post-Soviet Poland’s EU membership, the outflow of Polish talent and the influx of foreign investment. The author develops an argument for a genuinely changing culture with the challenges this presents for both foreign and Polish managers running businesses and leading people in markedly different ways.

The book works because of Tim’s vulnerable and honest confessions – the mistakes of a naïve outsider, and his even-handed treatment of the stories that are remembered.

The beginning of the book gives lesser-known historical facts – the post-war persecution of a Ukrainian minority and the expulsion of the sizeable German population.

I found the book to be a little light on the specific inheritance of the Soviet years and not to say enough about the catholic contribution to the Polish psyche. Having said this, the tome achieves its objectives and stimulates the mind whilst informing the reader about the local zeitgeist.

Who should read this book?

British and overseas managers who have worked for a couple of months in Poland and overcome their initial trauma will benefit from picking up this book, enjoying the stories and contemplating answers to the questions posed at the end of each chapter.

An English – Polish glossary is a very sensible addition and makes this sometimes esoteric book easily accessible to any Pole that wishes to see the foreigner’s point of view.

In conclusion, the author has done Poland and foreign managers a favour by producing a functional book that combines fact, reflective exercises and stories that can genuinely help build bridges across nations and prevent a few escalating culture and commercial clashes in regional offices around Poland.

The book comes out in February –