Words from a divided nation

This week Prime Minister May called a snap election to, “unify the country” and allow her to negotiate with the EU on behalf of all of the UK so that she may go out there and get all the good things and have none of the bad. 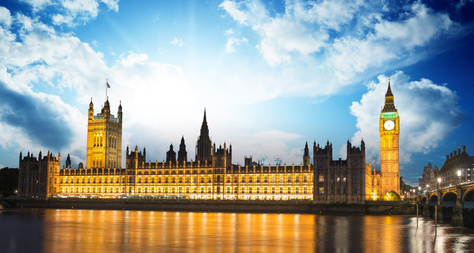 Before we look at the cultural aspects of BREXIT, let us remind ourselves how we got into this mess in the first place.

Prime Minister David Cameron and Chancellor George Osborne had suffered from criticism and power plays from various factions within their OWN party. This was a Conservative party spat, a “Blue on Blue” bun fight. Chancer Cameron had bluffed his way through the Scottish independence vote and won. He had made another reckless referendum offer before the 2015 election and had never, in his wildest dreams, considered that the UK would be so stupid as to vote the wrong way. And then, in an historically irresponsible and arrogant move, proposed that a simple majority, either way, would dictate the UK’s future relationship with our closest neighbours and largest trading and defence partners. When, the old, the poor and the anti London / anti-elitists (and racists) voted to leave in June 2016, the UK was plunged into uncertainty and became the laughing stock of Europe, all over again.

In the war of words BREXIT supporters tended to focus on “immigrants taking our jobs in the UK” and, ”taking back control from Brussels”. Subjects on which both sides were quiet or silent were the cultural and historical perspectives that will come into play now we are leaving Europe and how these will affect us all.

The cultural benefits of immigrants

Between 2004 and 2014, 2.5 million EU citizens chose to come to the UK to live and work. This has made a net positive contribution to UK GDP, productivity measures per worker and tax revenues for the Treasury. In addition, the cultural benefit has been palpable. [Most British people struggle to speak even one language properly (innit)] The vast majority of newly arrived workers speak their native language and passable English as well. Many speak two or more languages and add to the country’s human capital, fuelling the most important parts of the British economy – the export of goods and services to other countries. Having freshly arrived people from our target export markets helps us with both local language and market wisdom as we send our crated goods on their way in lorries headed for the Continent.

A Small Island Near Europe

This sometimes unpalatable truth is most threatening to the unskilled sector where jobs are performed by employees that are exchangeable and expendable. This is not the fault of the newly arrived workers or the indigenous population. It is the way jobs are designed today with most school education being instantly forgotten and individuals adapting to the job market, ending up as minimum wage and sub-living wage employees. Our history as a rich and formerly powerful empire has created a subtle level of expectation for many British workers below which they will not consider working. The average Brit is not rushing to get up at 5 AM and wait for a van on a street corner to head off and pick vegetables on a chilly spring morning. Other EU nationals are.

From an historical perspective, when a couple of tribes live in close proximity they have two strategic directions in which to go. They can either battle or exchange goods and services. The main rationale for the signing of the Treaty of Rome in 1957 thus establishing the European Economic Community, the EEC, was to facilitate trade and exchange as the best way of preventing the repetition of the double tragedies of the 20th century.

Nostalgia can be a dangerous thing.

Whilst we are on the subject of not learning from history, let us remember that what unified Germany and the Axis powers in their support for Hitler’s strategies and ideas in the 1930s were austerity measures set out in the Versailles Treaty of 1919. Imposed by the victors upon the losers, it created an attractive option for Axis powers – support the German war effort in return for the restoration of lost power and lands – Hitler promised to turn back time.

The EU agreement was the equivalent of a peace treaty. When a peace treaty is signed all parties agree to forgive, to back down from aggression and to cooperate. A lot of European history and baggage has been locked away in the cupboard, for the sake of trading cooperation, EU subsidies and grants and peace. Culturally speaking, Brexit is the key that opens this cupboard and opens many wounds from the past. [Do we really want to re-examine the roles perpetrated by Hitler and Napoleon at a time when we will be negotiating trade tariffs?]

Do we really want videos of the Euro-skeptic rhetoric played before we enter the room with our Continental cousins?

The subjects discussed around European dinner table may turn to reparation, retribution and rebuke.

Instead of the centralised and overly controlling Brussels technocrats telling each of the EU member states what they can and cannot do, we are now in the unique position of sending out negotiation teams to each EU country and negotiating separate bilateral terms regarding defence, trade and the mobility of citizens (country nationals).

To some this represents the essence of opportunity and control. We will finally have a say on our terms of business in Europe. They are perhaps forgetting that it won’t be all smiles and handshakes. We have 950 years of history that will be raked over, brought up, and may well be used against us. This will not be a quick squiggle of a Mont Blanc pen on parchment in some grand hall. Troubled President, Francois Hollande of France immediately hinted at damaging changes France may make to border controls. If British lorry drivers feel frustrated by striking farmers and burning lorries full of lambs now (within the protection of the EU), what will they face if this civilising treaty is ripped up for the Brits? The bottleneck of the channel is our weakest point. Something the wise business people of Britain are well aware of. Add to that the predictable Air Traffic Controllers strikes in summer (we have just suffered from our 47th Strike in the last 8 years) and we begin to form a clear picture of our rather isolated future.

Can we afford the divorce?

Our future will be in the hands of a dubious, and tarnished group of British ministers along with overstretched lawyers shuttling from EU country to EU country trying to preserve as many of our assets as we can like a skewed game of giant Monopoly. And, who will get custody of the golden child? The City of London generates more than 30% of UKPLC’s GDP. Outside the protection of the EU, Germany, France are already having a pop at attracting the golden goose and shrinking the number of eggs it produces. If we don’t retain custody of the country’s best cash generating asset, we will again become an “embittered single parent” after the divorce, contemplating putting on a superhero costume and climbing up the walls of Brussels in a futile and crass protest shouting, “Former EU Fathers for Justice”

Facing a coalition of the weak.

The goodwill and support shown to Britain by the majority of the 10 enlargement states that joined the EU in 2004 that we have enjoyed and required for the past 12 years is beginning to evaporate. Especially as, in their own living memory, the promises of infrastructure grants and bountiful economic progress have begun to disappear, disappoint the local population and put their politicians under pressure. Poland, the striking example of post 2004 success, is now the 7th ranked economy within the EU. As alone most Central European countries are virtually insignificant, they still relish being part of one of the largest trading blocks in the world. As slighted states, sitting across the table from us surrounded by “divorce” lawyers, the energy and relationship will shift. They have got what they want. Why should they now continue to support us so generously? We are on the outside of the tent “looking” in.

In your culture trainings you teach that culture is less about countries and flags and more about a range of values, beliefs and drivers that subtly influence behaviours and choices. This subtlety will be lost when Brexit becomes a hard reality. We are seeing a return to table thumping Popularism, less sophisticated and more hostile country stereotypes and an increase in racial slurs, prejudice and, inevitably, violence perpetrated upon immigrant populations. And, these include British populations abroad. The Brits in Spain are already treated with disrespect due to their lack of language skills and integration into local society. 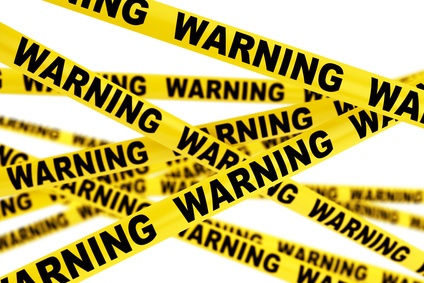 You are about to cross the line

The EU is a mechanism designed to control the behaviour of member countries. Brexit is currently pushing against that reason and control. The Pandora’s box of cultural difference, historical resentment and Britain’s lack of future power will make for a volatile negotiating environment to send our ministers and lawyers into. The British election voter should be fully aware of what cultural consequences they face after the inevitable June Tory election victory aimed at repairing an avoidable Tory mistake.